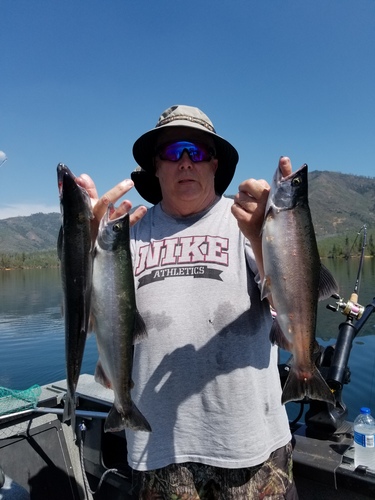 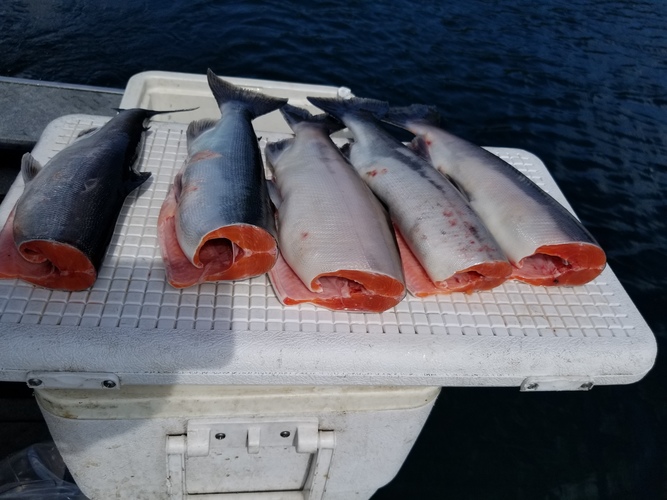 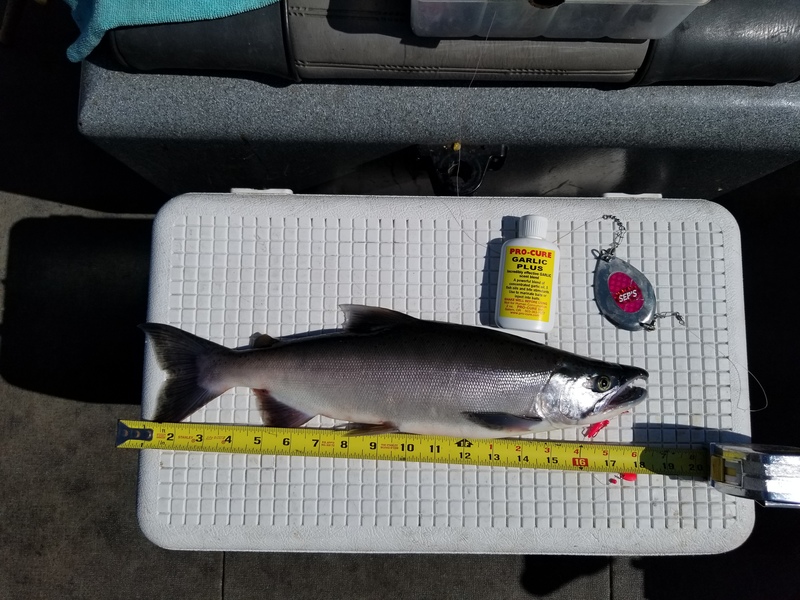 Whiskeytown Dam (officially Clair A. Hill Whiskeytown Dam) is an earthfill dam on Clear Creek, a tributary of the Sacramento River of northern California in the United States.

The dam is located about 6 miles west of Redding, and impounds Whiskeytown Lake on the southern flank of the Trinity Mountains. The dam is 282 feet high, with a storage capacity of 241,100 acre feet of water.

The dam was one of the first units built of the Trinity River Division of the Central Valley Project, a federal water project intended to provide irrigation water to the eponymous Central Valley. Construction started in August 1960 with clearing operations around the dam site, and excavations for the spillway and outlet tunnels began in October. By late 1961, over one-half of the dam embankment was complete. The dam was topped out on February 7, 1963, and the reservoir was allowed to begin filling. On September 28, it was dedicated by President John F. Kennedy to a crowd of more than 10,000 people.

Water diverted from the Trinity River through the 11-mile Clear Creek Tunnel is stored behind Whiskeytown Dam before it is released into the Sacramento River. The water is released to the Sacramento through lower Clear Creek and the Spring Creek Tunnel. The latter furnishes water to the 180 megawatt Spring Creek Powerplant, which generates about 274 million kilowatt hours annually.

The lake and dam are named after the Gold Rush camp of Whiskeytown, which was submerged in 1963 with the filling of the new reservoir.

All methods from Bait to Fly Fishing - Bait & Tackle, Lunch ALL INCLUDED!!!

I CAN PUT YOUR EPIC ADVENTURE TOGETHER FOR YOU