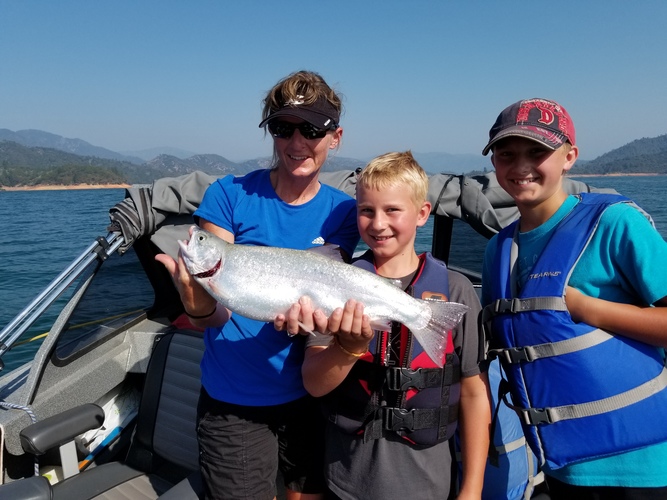 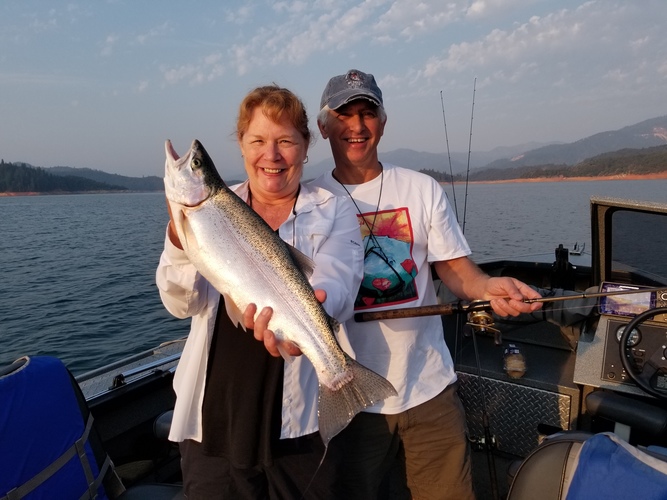 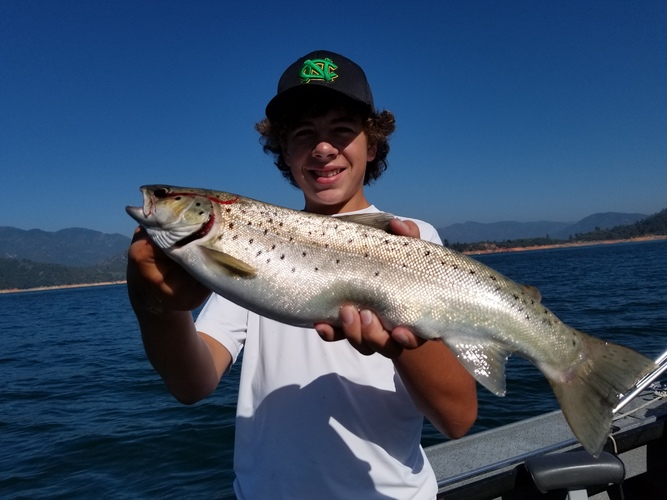 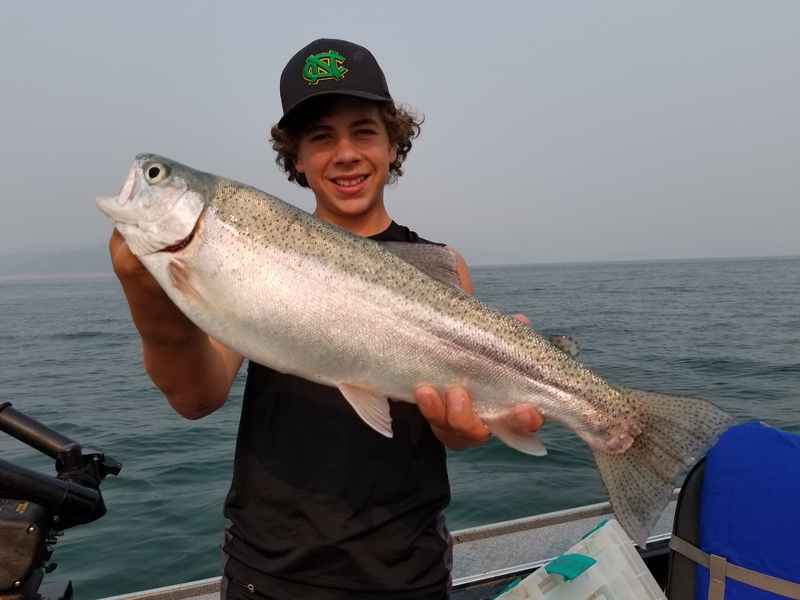 Shasta Lake is a reservoir in Shasta County, California, United States. It is within the Whiskeytownâ€“Shastaâ€“Trinity National Recreation Area, operated by the Shasta-Trinity National Forest. It is also popularly known as "Lake Shasta". It is impounded by Shasta Dam, the ninth tallest dam in the United States. Known as the keystone of the Central Valley Project, the outflow of Shasta Dam provides electricity and irrigation water. It also provides Sacramento River flood control below the dam for the Sacramento Valley.

With a capacity of 4,552,000 acreÂ·ft at full pool, the lake has an elevation of 1,067 ft, and a surface area of 30,000 acres, making it the state's largest reservoir, and its third-largest body of water after Lake Tahoe and the Salton Sea.

Ten miles north of the city of Redding, with the town of Lakehead on its northern shore, Shasta Lake is popular for boating, water skiing, camping, house boating and fishing. Formed by the damming of the Sacramento River, the lake has 365 mi of mostly steep mountainous shoreline covered with tall evergreen trees and manzanita. The maximum depth is 517 feet. The lake has four major arms, each created by an approaching river: the Sacramento River, the McCloud River, Squaw Creek, and the Pit River. The Sacramento River's source is the Klamath Mountains. The McCloud River's source is Mt. Shasta. The Pit River flows from Alturas.

Shasta Dam was constructed between 1935 and 1945 across the Sacramento River, and Shasta Lake was formed in 1948. The Pit River, McCloud River, and several smaller tributaries had their lower courses and confluences with the Sacramento River submerged by the reservoir. Also beneath the lake is the submerged town of Kennett and many village sites of the Wintun people together with their traditional fishing, hunting, and gathering locations. Parts of the defunct tunnels and right of way of the Southern Pacific Transportation Company can be seen when the water level is low.

Shasta Lake hosted the first "Boardstock" event in 1996, which continued there annually through 1999, after which the annual event moved to Clear Lake, California, 170 miles southwest of Shasta Lake. Boardstock drew many pro wakeboard riders from around the world, with an average attendance of 15,000 people. The event lasted for 3 days each year with several wakeboard contests being performed.

There are a number of marinas on Shasta Lake offering a variety of services, including houseboat rentals. Bridge Bay Marina is the largest marina on Shasta lake with over 700 slips. It has a restaurant, bar, and lodging, as well as retail and other facilities. Visitors to Bridge Bay may rent one of 100 houseboats, as well as ski boats, fishing boats, patio boats, and personal water craft such as stand up paddle boards, jet skis, and Jetovators. Bridge Bay boasts a busy public dock during the summer season, with a gas dock, food, ice and retail amenities.

Digger Bay Marina has over 150 boat slips in the marina, as well as a retail store and small boat rental. Digger Bay is located almost 10 miles from Highway 5.

Shasta Marina Resort is located at the center of the Sacramento Arm of Shasta Lake in the O'Brien Inlet of Lakehead, CA.

Packer's Bay Marina is located at the center of the lake, just north of Bridge Bay Marina.

Silverthorn Marina is located on the east part of the lake and offers large houseboats for rent.

Jones Valley Resort is the easternmost marina on the lake. Jones Valley is tucked far into a cove and features six different model rental houseboats, including the largest on the lake, the Titan.

Holiday Harbor is located up the McCloud River Arm, east of I-5.

Sugarloaf Marina is located up the Sacramento River Arm and offers a marina store, overnight slips, and fuel.

All methods from Bait to Fly Fishing - Bait & Tackle, Lunch ALL INCLUDED!!!

I CAN PUT YOUR EPIC ADVENTURE TOGETHER FOR YOU